TfL’s Art on the Underground delivered their movie commission on a giant HD video screen to thousands of London travellers every hour. Better quality than LED screens at a fraction of the cost.

As part of TfL’s Art on the Underground visual arts showcase, artists Broomberg and Chanarin produced ‘The Bureaucracy of Angels’, a powerful and thought provoking short film concerning migrants and their plight in escaping from Libya to Sicily in unseaworthy boats. The striking and moving imagery, combined with a Sicilian-themed soundtrack, needed a system of the highest quality.

We were asked to provide a 5.12 metre wide full HD video display in one of London’s busiest underground railway stations, Kings Cross & St Pancras, over a walkway along which thousands of travellers pass each hour.

There was no major structural support for mounting our screen, just a glass balustrade, challenging us to find ways of securing the screen in its desired location.

We had to work with possibly the toughest fire regulations in the world. This station was the site of a major fire tragedy on 18 November 1987, this project falling on its thirtieth anniversary.

Health and safety regulations allowed only opportunities to work a handful of hours in the early mornings.

The London Underground environment is very dusty as a result of trains’ braking systems. Whatever system was specified had to withstand these additional environmental challenges. 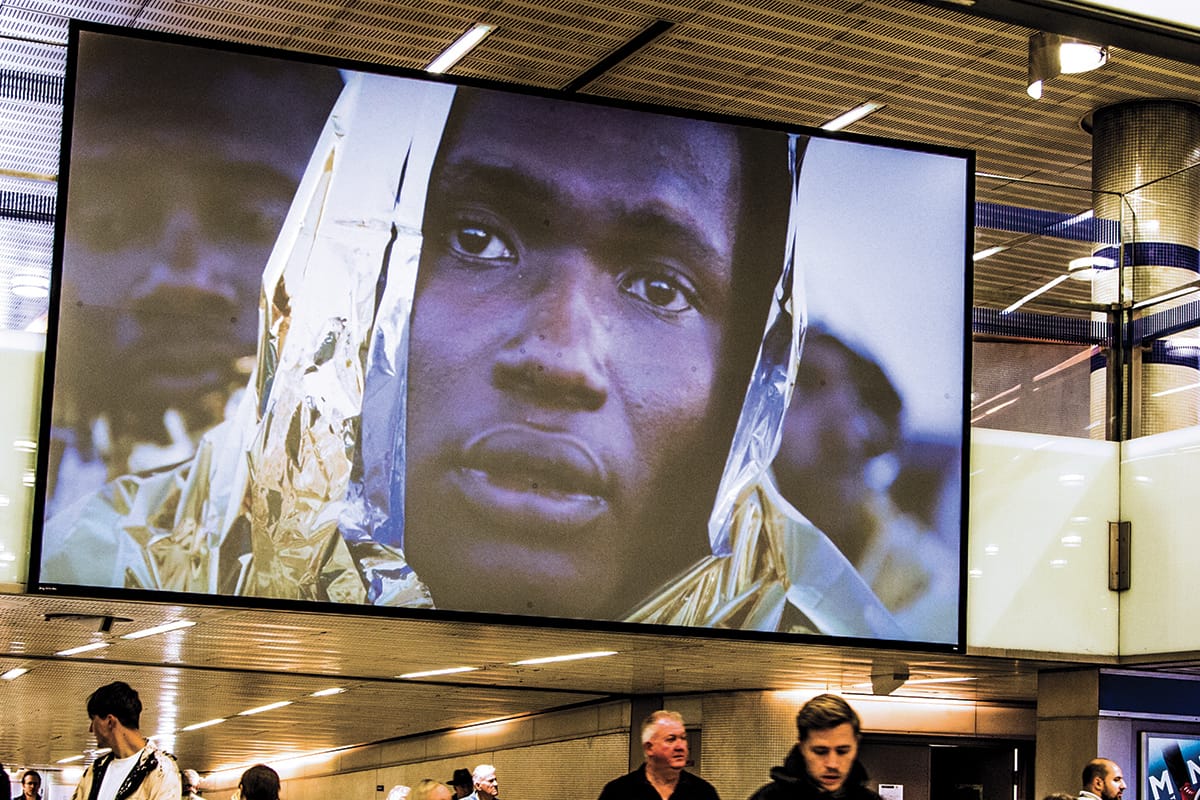 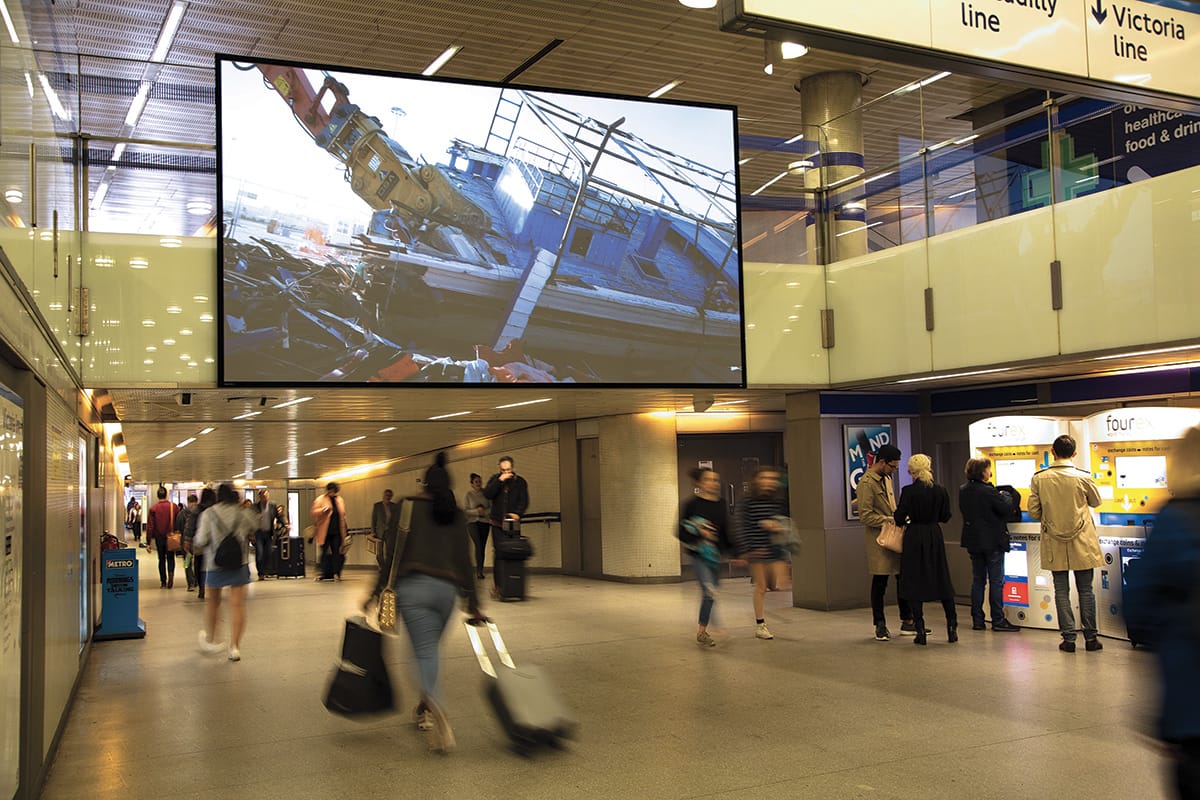 Following detailed site survey, including auditing the location’s light levels with our laboratory meters, our design team specified a bespoke dnp Supernova Infinity screen to be coupled with a Panasonic 10,000 lumen laser projector.

The dnp Supernova Infinity projection screen provided the solution to a complex knot of problems:

Project at a glance

“In purely display terms, TfL wanted a seamless screen delivering top-quality HD video, and accurate colour rendering was paramount,” says Mark Wayman, ADi’s co-founder. “The weight of the screen was important since the installation would rest upon on a glass balustrade. And finally, TfL also has extremely strict fire and safety regulations.”

TfL’s Curator and Technical Programme Manager, Niamh Sullivan, was thrilled with the results. “The effect is simply amazing,” she exclaims. “When we commissioned this large display, we had no idea it would look this good.”

“I just wanted to drop a line to say thanks so much for everything you did to help our project in King’s Cross succeed. It was an absolute pleasure to work with you both and I think we achieved something really special.”